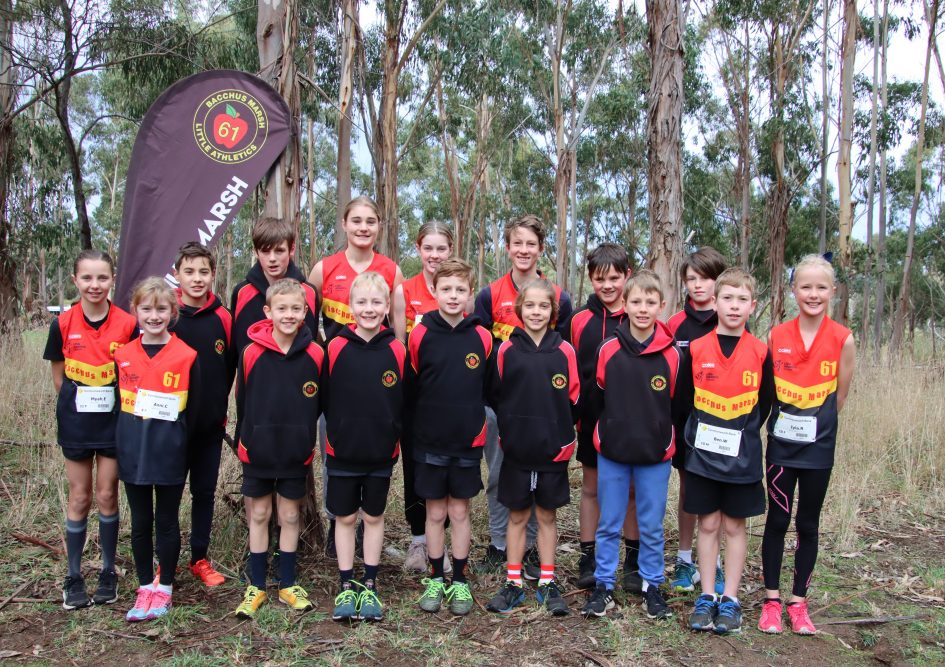 The blustery winds made it very tough for racing and the athletes struggled to warm up with the wind chill temperature of just 1 degree. All competitors must be commended for battling it out in less-than-ideal conditions.

The Under 9 athletes, in their first Cross Country competition at Region level, were keen but a little anxious.  Bacchus Marsh was represented by Joshua Askew, Angus Norman and Mitchell Tung, all competing in the Boys event over a 1.5km course.  Joshua continued his consistent season form and placed 8th with Mitchell, over taking a number of competitors in the home straight, finished strongly to place 12th while Angus, also battling it out in the later stages, finished in 14th place.  Excellent runs from all boys saw them awarded the Under 9 bronze medal for the team event.  Anni Clarke was our sole representative for the girls and produced a sensational run to place 4th for the Girls Under 9 event.

The Under 10’s were next on the schedule.  All eyes were on Iyla Robinson, after producing some outstanding performances during the season and also having an exceptional run during the week at the State Schools Championships to gain selection in the Victorian team for the National Championships.  Iyla got off to a quick start, maintaining a steady pace over the first kilometre. Iyla continued to gain momentum for the remainder of the race, finishing strongly to take the win and be declared the Under 10 Region Champion.  Meanwhile, our Under 10 boys – Zeke Horne, Logan Simons, James White and Ben Wooding all produced great runs with each boy determined to gain their best placing for the team.  Zeke, Logan and James were awarded the silver team medal.

The Open age athletes competed over a 3km distance, which consisted of two 1.5km loops.  The girls were first to take on the course.  Alexis Johnstone, in her first race at this level, got off to a very quick start and led the field out.  Elise Cook showed her experience and sat back in the field. Alexis found the conditions tough but should be very proud of her first regional event placing 4th for the Under 13’s.  Elise gained a number of placings in the later stages of the race and was awarded the silver medal for the Girls Under 16’s.  The boys lined up next for their 3km event. Sam White continued his consistent season form and was rewarded with the gold medal and declared the Under 15 Region Champion.

Next up were the Under 11’s racing over 2kms.  Dushan Baniluk, also in his first race at Region level, was patient as he sat in with the leading pack through the first kilometre.  Dushan and his Werribee opponent opened up a decent lead, early in the final kilometre.  Both boys battled it on over the final 200 metres, but Dushan was unable to hold on and crossed the finish line in 2nd place to claim the silver medal.  Meanwhile, Myah Estlick competed in the same event and ran a superb race finishing in 7th place.

The Under 12’s were the final event for the day.  Bacchus Marsh was represented by Lachlan Simons and Patrick Lovett.  Lachlan is one of our much-improved athletes and while he found the conditions testing, finished a creditable 8th while teammate Patrick finished in 12th place.